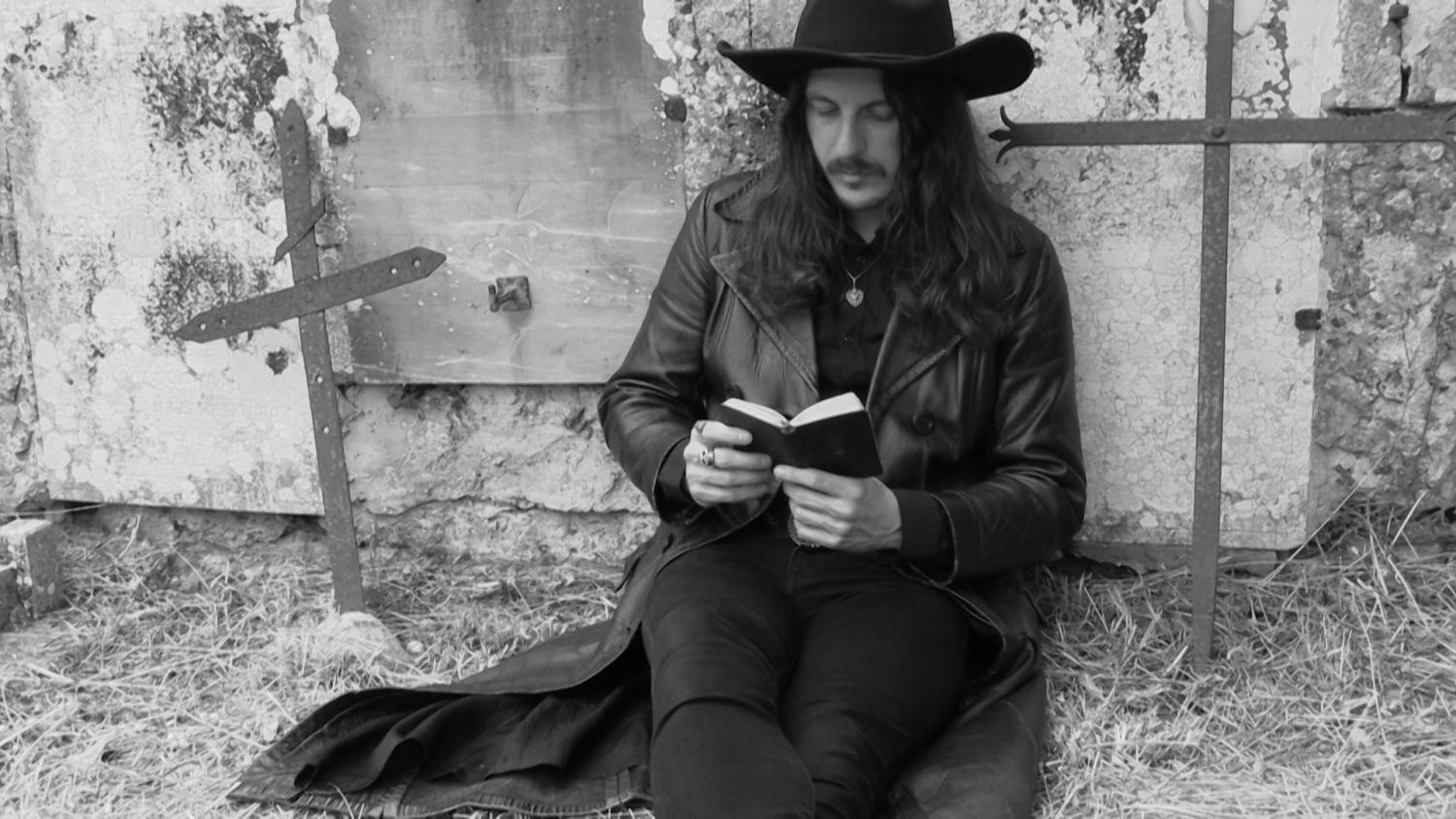 On 2 October, Italian psych dark folk songwriter Nero Kane will play in Močvara, our Zagreb-based venue, for his first show in Croatia, thanks to the support of Italia Music Export. For the occasion, he sat down for a chat about his music, his inspirations and his experience touring abroad.

First of all, we are happy to have you here at Klub Močvara, can you please briefly introduce yourself?
Hello! The pleasure is mine. My name is Nero Kane and I’m an italian psych dark folk songwriter. I started this solo project back in 2018 and since then I’ve released three albums: Love In A Dying World (American Primitive, Los Angeles, 2018), Tales of Faith and Lunacy (Nasoni Records, Berlin, 2020) and the latest Of Knowledge and Revelation that will be released on September 30th with the Italian experimental label Subsound Records. My new chapter is also the one that I will present at Klub Močvara within an extensive Europe & UK tour together with my partner Samantha Stella (my electric guitar/voice and her electric organ/mellotron/voice). My music has been described as intimate, minimal, decadent, shamanic and is particularly concerned with death, religion and love.

How did you start your journey as a musician?
I started not too young to play an instrument, I was around 21 years old, but as soon as I picked up it I started to write my own stuff and, without exaggerating, it was a true revelation. In the past I had a couple of different music projects and releases, but then I decided to follow my own path and career. Being a musician is a genuine act of faith and resilience and you have to put everything in it, all your life, day by day.

Is this your first time in Croatia? What do you expect?
Yes, it’s the first time! And I’m very happy to have the opportunity to play in a well known club where many other bands that I know have already played, and I also hope to have a little spare time to visit Zagreb. I love ancient towns and their history. I have really good vibes towards this show, I think that my obscure sound could fits well with the type of audience. Fingers crossed.

What is the main thing that inspires you while making music?
I take a lot of inspirations primarly from literature and paintings. Also films and other musicians are among my greatest influences, but of course I like to follow my own distinctive sound which is definitely a mix of many different things and genres. For the latest album Of Knowledge and Revelation, inspirations came from old paintings like Ascent of the Blessed (1490) by Hieronymus Bosch, engravings like Dante's Divina Commedia (1861) by Gustave Doré, and writings like Tears and Saints (1937) by Emil M. Cioran, Hymns to the Night (1800) by Novalis and The Flowing Light of the Godhead (1250-1270) by German mystic Mechthild Von Magdeburg, who also appeared in my previous album Tales of Faith and Lunacy. Also Nick Cave’s latest albums, Ghosteen and Carnage, have been a strong influence.

You are playing at Močvara under the Liveurope program. What is your opinion of their mission?
I think it’s a great thing that should be done more and more to help a “fragile world” as the one of the independent and underground music. After the pandemic everything became even more difficult and insecure, so having a chance to get a new channel of promotion and visibility thanks to Liveurope is definitely something good. Music and culture in general need huge support right now.

How did COVID-19 pandemic affect your career?
The pandemic had a strange effect because I released my second album, Tales of Faith and Lunacy, just during the months of lockdown. Clearly, I was conscious that I wouldn’t be able to present it live soon, but at the same time the hard work made for the press promotion made me feel happy and, in someway, not inactive. Also, the great feedbacks achieved for the album gave me a lot of satisfaction. Then, during the second lockdown, I strongly decided to write a new album et voilà Of Knowledge and Revelation. So, creatively speaking, the pandemic was a good time for my artistic carrer. On the other side, I had some shows scheduled and, with my partner Samantha Stella who joins me on stage and also appears as guest in my last two albums, we were working on a kind of European tour in support of my previous album that unfortunatley was cancelled.

If you could choose any place in the world, where would you like to play?
I really would like to tour the USA and also the North of Europe. I played in Los Angeles twice, for a perfomance called Hell23 made with Samantha and for the presentation of the first episode of her experimental film Love In A Dying World - she is also a visual artist/performer and filmmaker - shot in support of my homonymous album recorded there, so maybe this is my future. Also, one of my best desiders is playing in an ancient cathedral.

What are your plans for the future?
My plans are to have no plans. After Of Knowledge and Revelation Europe / UK tour probably I will take a break although I’m already writing some new stuff and, in the end, who knows...The future is still unwritten.

Do you have any advice for a young singer-songwriters who still don’t have enough courage to set a foot on the stage?
As I said before, in my vision music is a profound act of courage, resilience, total dedication, misery, intense beauty, and often could be painful and disheartening. The best way to make it is just putting everything of yourself in it without any compromise. You have to believe in what you are doing. Like in everything else in life of course, but maybe in art this is more true. My advice is only to be yourself and believe in your own potential.