Freedom is the essence of having joy in music: an interview with Polish artist Ina West 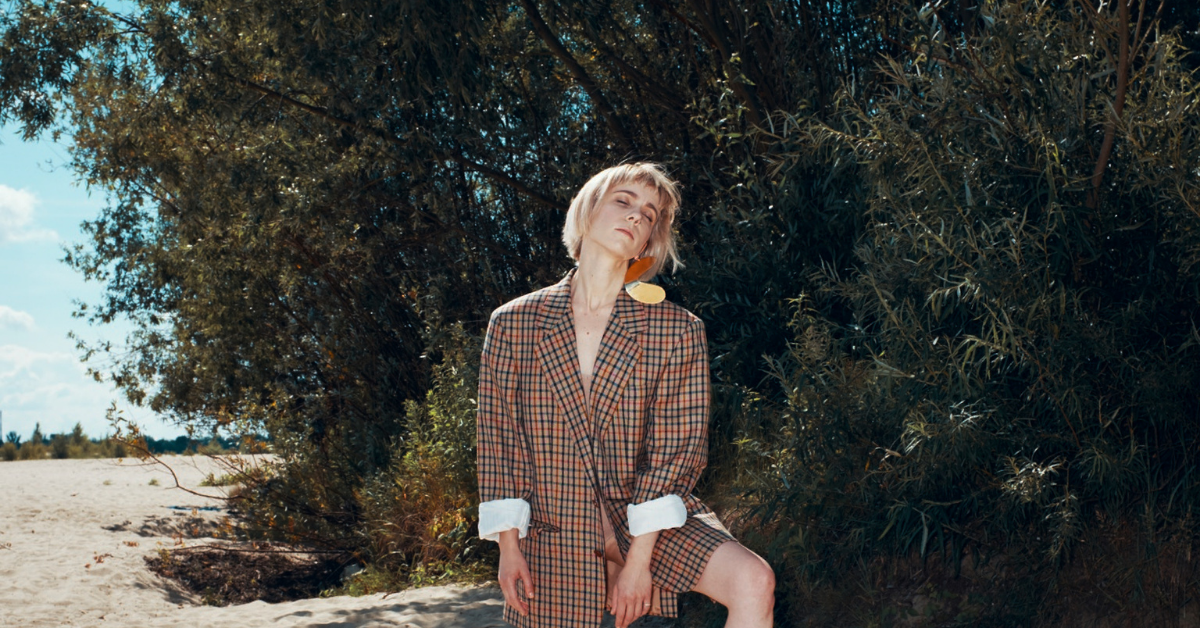 The first English edition of A38's Ahoy! series presents you the Polish producer, vocalist, author of music and lyrics: INA WEST. She creates trance, abstract, dance pop with elements of modern Polish folk and jazz, her live performance serves a combination of classical instruments with dance bits and raw vocal harmony. She is one of the artists on this year’s Budapest Showcase Hub (BUSH) on 21 October.

Your musical style is extremely diverse, you are experimenting with different genres, instruments and traditions. How would you describe your music and your performances?
I’ve never perceived a style as a sterile environment and I would rather avoid any classification. At the same time, I fully understand the need of a human mind to put things into some order. I love touching a new instrument without knowing any rules, with the curiosity of a child. Getting lost in a space, being in awe is making creation an intuitive process that requires letting go of all the things that could possibly hold you back. And this freedom is, for me, the essence of having joy in music. I’ve studied Musicology and it definitely opened my horizons, somehow sparked my imagination into very different genres and styles. How to describe my music? Some people call it dance, abstract pop with elements of trance, tribal techno. Others see it as a mixture of electronic and modern classical. I think it’s a mixture of all of it. I love using live instruments, especially strings, piano, voices and drums.

Where do you go for inspiration? What does your creating process look like?
Every time it looks a bit different. Sometimes the creative process starts with a beat, sometimes with a sung phrase. It also happens quite often that it begins with a certain space design. Seeking inspiration is always a funny thing. Usually, I fall in love with a song or an album, listening to it over and over, until I know every line, every little detail.

Your album, Girls (2019) has a very interesting background story, can you tell us about it?
Girls has been an intense experience for me: a concept album about women that crossed my path. I’ve been travelling and touring a lot, looking for a cosy place to live. I’ve spent a year in Bristol, which definitely made an imprint on the sound and lyrics. It is my first fully self recorded and produced album, which showed me a difficult art of being a master of everything. I appreciate it, but I’m not sure If I would like to make it again to that extent. Girls was released as a vinyl and a chocolate cd with a download code. For the sake of our planet. Also not the easiest concept to released.

Soldier’s got its own video clip with a wonderful visual. What was the idea behind it?
The video was shot in my hometown, Apple Tree, in Masuria – lake region in North Poland. I’ve always wanted to grasp all the magical places I was exploring as a child. It felt very natural and relaxed. Nature brings me a lot of peace of mind.

You said about your album, Girl that “I wanted to build a bridge between two worlds: the east and the west, both so close to my heart, whose diversity I am still acknowledging myself with. I decided to grind, crush and lather such a mixture into my own ephemeral world.” How do you feel about it now? Is it possible to connect the East and the West?
Definitely! I’m a big folklore lover, still much more attached to the wilderness, roughness of the East. The West always seemed too predictable. Now I know, it’s not true at all. I’ve been living in Berlin since 2019, which is a very special city. I can easily connect to both: West and East.

The hottest current topics and trends of the Eastern bloc are discussed and presented during the events of BUSH. What do you think about this scene of the music industry?
After the big boom of using English in music, the shift toward singing in national languages brings a lot of freshness. Seems natural, meaningful and important in order to express our local struggles. Underline the role of music as a tool to get together, involved in political, social issues that touches a real things.

What are you planning for your show on A38 Ship?
It’s a secret!

What do you consider as your biggest achievement?
Being in harmony while writing music. Not getting into the "what sells best" game.

What is the next milestone that you are aiming for?
I’ve started my new path as a musician in Berlin, which brings a lot of opportunities. I’m in the creative process of writing and recording new material. Seeing it as a closed album is a goal itself.

Are you planning on taking part in collaborations? With whom would you like to share a stage?
There are some dreams, but I don’t wanna spoil it. When it gets more clarity, I will gladly share more details. Or, in the best case, the outcome.